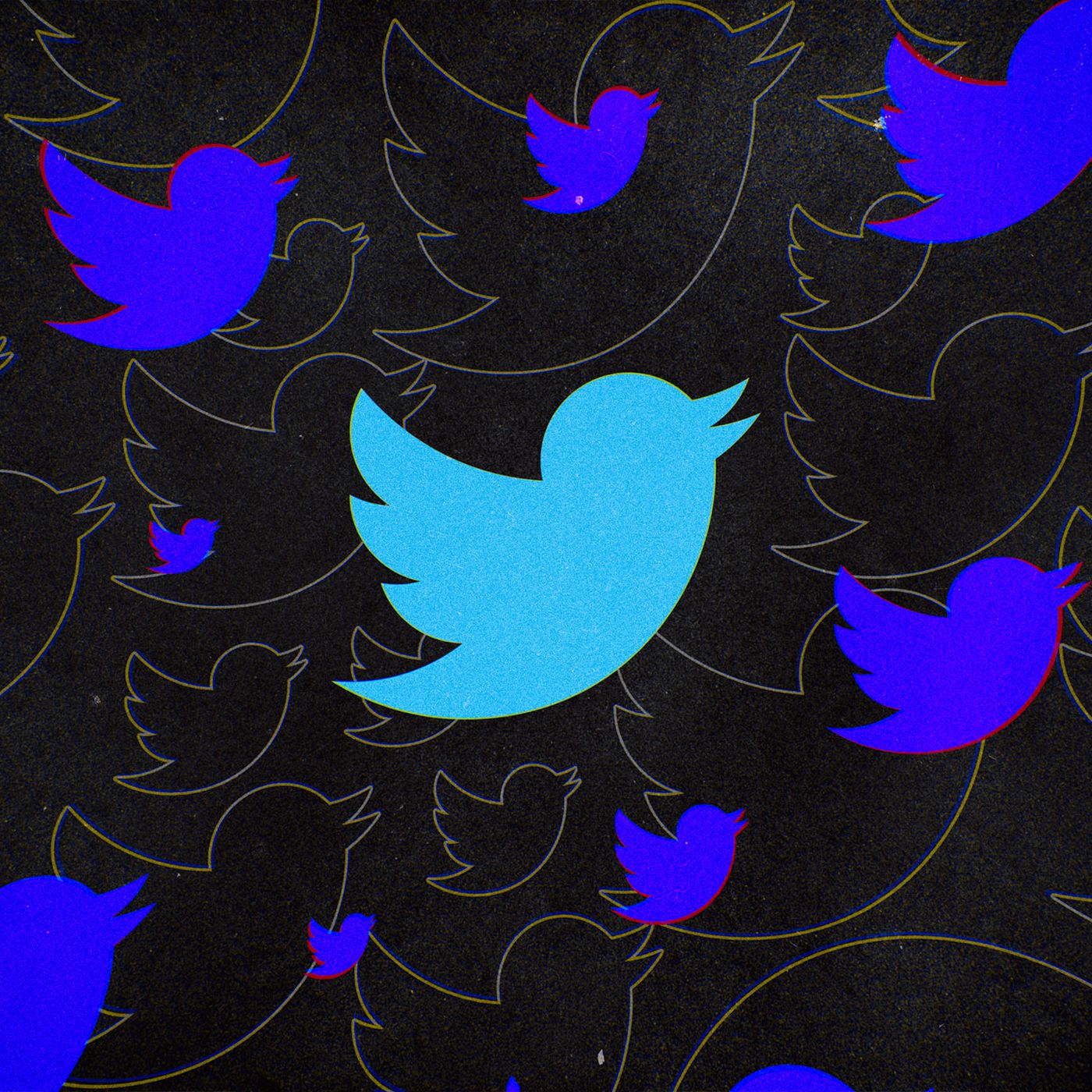 Gun Atthaphan, 26, was in the news to have gone to a police precinct to report an online threat. This is an example of a direct assault to one of the Thai BL community’s most recognized and award-winning actors.

Let’s trace back a bit of history… 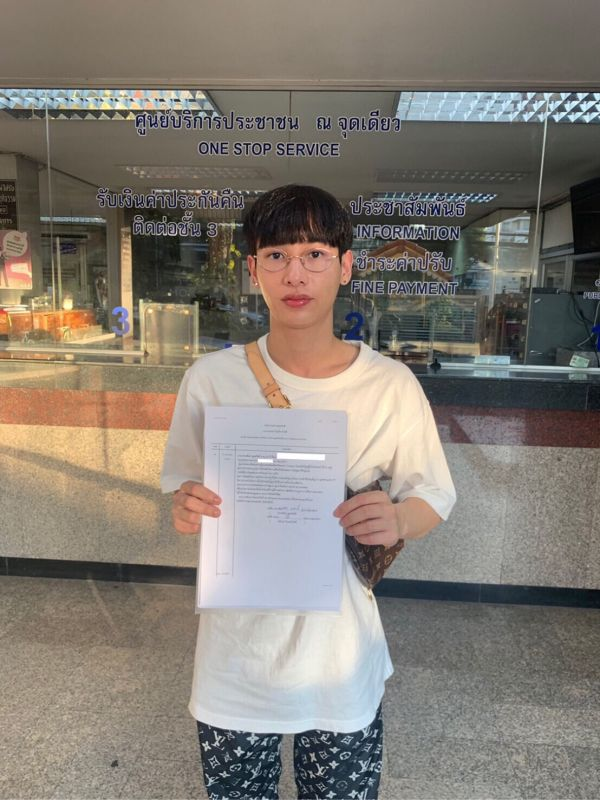 Born 4th October 1993, Atthaphan still looks (and projects) a teen in high school who is about to experience his first love, albeit with another handsome boy. While he has been partnered with some popular Thai actors in movies, he remains solidly identified with Off Jumpol – his partner in Theory of Love, and in earlier series including Puppy Honey and their own TV show (similarly comparable to variety shows in Japan where they have various guests). These programs put them at the forefront of the Thai BL firmament, making them royalty. 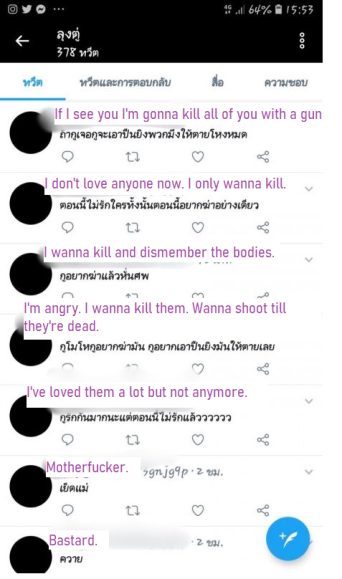 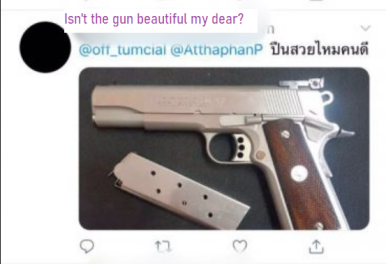 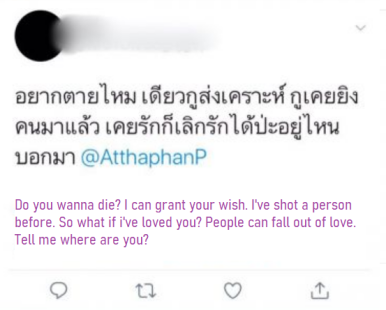 The above screenshots show the animosity tendered by the Tweeter account. [Translations were made by LazySubber on a Facebook post. Based on an original news article published by Dara Daily.]

The threats may have originated from Off’s real-life relationship, involving a girl. [This information is still subject to verification.]

In the BL scene, most actors participate in “fan service” where they extend their onscreen characters beyond the television screen and “act” for fans to continue with the “fantasy”. In other words, event-gatherings are expected by fans to see these actors continue to play their BL roles. As a reminder, a BL role is one that is romantically involved with an individual of the same sex.

Saint Suppapong, 21, since he was cast in Love by Chance (2018), has been the subject of harassment (some are indirect and veiled) coming from fans (and other personalities) of other BL (competing) actors. Extremely popular with fans and the media, he is a favorite subject of news articles. Treated more like a rival than a co-star, a significant number of events and incidents populate 2018 until now that aim to damage his reputation both as an actor and as an individual.

Veiled threats are coded statements in which no explicit intentions are articulated. This gives the utterer grounds for claiming that there was no legally actionable threat of harm. Veiled threats are similar to indirect ones when the exact consequences to the victim are ambiguous. [source]

However, recent tweets have become direct with a high level of animosity. Is there a difference between veiled and direct threats?

Motivation. It can never be known with complete certainty, but to the extent possible, the understanding motive is a key element in evaluating a threat. We must keep things in context and assess each threat on its own merits. Threat assessment rests on two critical principles: 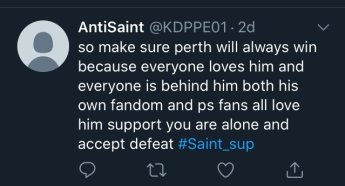 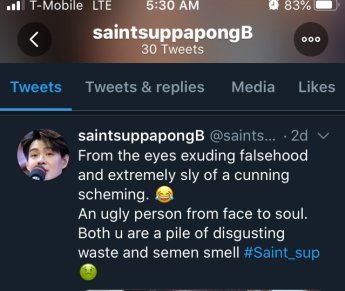 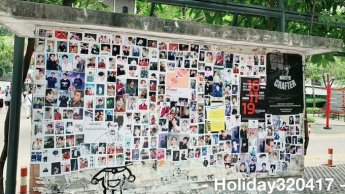 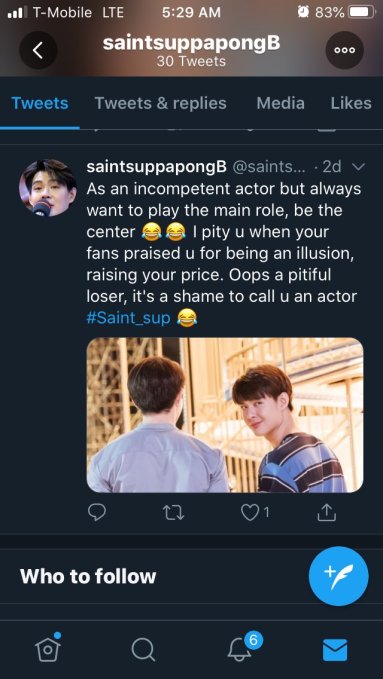 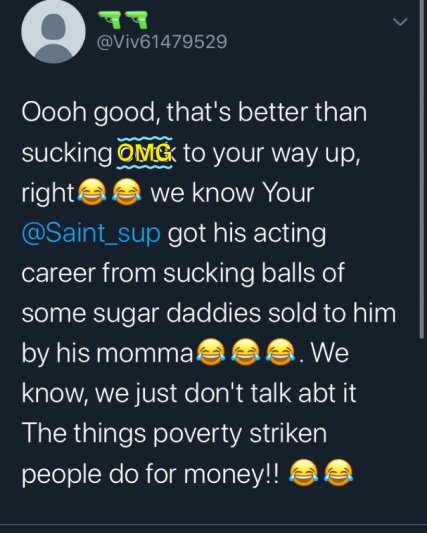 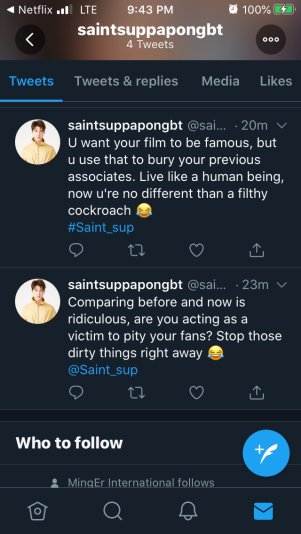 Above are sample tweets of harassment – some may be considered threatening, others may be insulting or insinuating of something malicious. One of the photos is a “collage” showing actors of Love by Chance posted inside a school.

When intrusion to someone’s privacy becomes a habit, it begins to be part of your system. Although rumor-mongering seems to be a recreation to some, it can still be damaging to one’s reputation as it can spread like wildfire. Before you know it, everyone in your community has already heard about a senseless rumor about you. What legal actions can you take against a person who spreads rumors? [source]

Slander and Libel in Thailand. Below summarizes Part 1 of this report.

The most enforceable parts of slander and libel laws come from the Computer Crimes Act (of Thailand). Passed in 2007 and revised recently, the law says that, not only is the person who writes defaming comments accountable for them – but so is any website, webmaster or anyone else considered an “intermediary” of the information who does nothing to report it or remove it.

The case for Saint appears to be the opposite since he never bothered to report on the insinuations or malicious gossip, but instead, it was his mother who responded by denying the rumors and accusations. Still, the same rumors continue, as you can see from the screenshots above.

This article will be updated with more screenshots – since for obvious reasons – the actual Tweets may be deleted by the owners.

Why equate Gun’s more pronounced issue with Saint’s? They are actually quite similar. The intentions are malicious, one with a direct intent to harm while the other is veiled, with a more pronounced intention to spread malicious rumors. In other words, Gun’s predicament has reached a “boiling point”, while Saint’s issue is still a ‘work in progress’, yet it cannot be denied that the animosity has leveled up.

Slander and libel laws differ greatly around the world and what might land you in jail in one country could be perfectly legal in another. Here in Thailand, slander and libel are taken seriously. Any record that one person has worked to damage the reputation of a company or individual can be severely punishable. [source]

Last January, the BL actor in the spotlight was Gulf Kanawut.

In this case, Dara Daily promoted some tweets that the actor seems to be “lying” about his single status and that he and his girlfriend are still “together” instead of what he said that they have separated.

The first question is moot and academic. The feeding frenzy is as old as when gossip columnists started to get paid for their brand of “news”. Dara Daily and similar publications are not unique or even the exception.

For toxic fans, we have come to realize that:

This article will be updated in the next few days with additional details on how trolls (and his clients) focus on their attacks.

4 thoughts on “BL Actors Under Threat: Documenting the Hate [Report]”

Please support this site and blog by clicking on the image above!
Advertisements 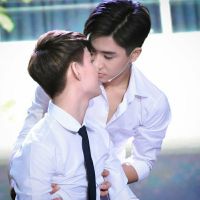 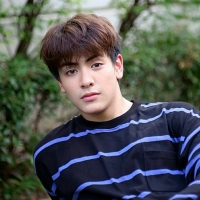 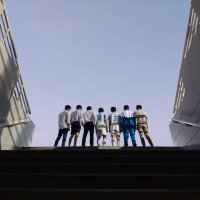 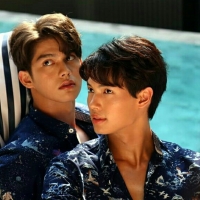 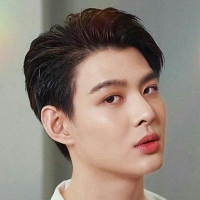 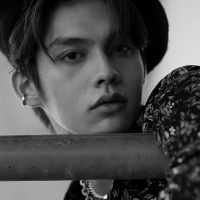 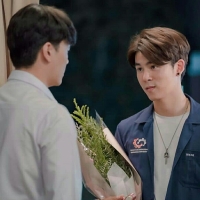 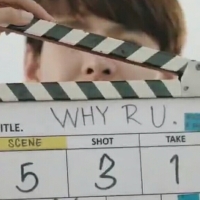 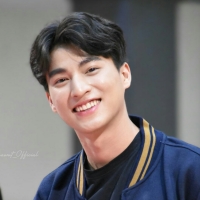 This website and its content are copyrighted by Psycho Milk © 2012-2020. All rights reserved. Any redistribution or reproduction of part or all of the contents in any form is prohibited.