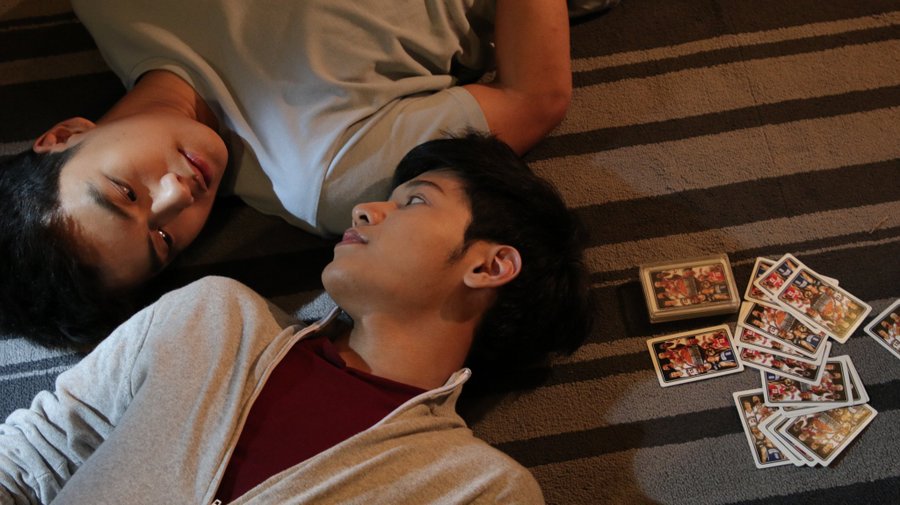 There is only one more episode of He’s Coming to Me and Episode 7 is a true-blue cliffhanger! There has been speculation on how Met died. The series also put the spotlight on Met’s cassette tape filled with Thai pop music and the ever-reliable walkman. They represent things from the past and may hold the key to who Met really is.

Such a question has been answered already, anyway! Can anyone be more adorable than Thun’s Mom? The reunion between the former ‘lovers’ is bittersweet, maybe even painful to some.

While the previous 2 episodes center on Met and Thun flourishing romance, this Episode explores the possibility that Met’s death may not be accidental or due to a disease. The scenes featuring Thun’s rejected girlfriend and her family (old man, suspicious lady helper) is tantamount to a ‘conspiracy’.

Little is known about Met’s family and their status in society, but suffice to say, the relatives who inherit their fortune will – obviously – not going to let go of such riches.

The Episode’s suspenseful scenes are complemented with some wacky card game featuring the boys. Thun used Met to cheat on his friend and made him do something ‘spooky’.

Afterward, Met and Thun get to be alone and continue what is a rollercoaster courtship and budding romance. How the camera captures such amazing angles of Singto and Thun highlights the star quality of this drama.

Watch a clip of the final Episode above.

Thun: We wasted so much time. We should say it early.

Met: Although we don’t have much time left, it’s too precious to me.

Thun: When I was a kid, I woke up so early on Ching Ming day. I wanted to go to the graveyard so badly…

Thun: Because I knew I would see you there.

Are you ready to end this drama? Definitely looking forward to a second season!